How to Get a Divorce

If you are thinking about getting a divorce, there are several options to consider. If contested, divorces on fault grounds usually take longer and are more expensive than divorces on Irreconcilable Differences, a “no fault” ground for divorce.  Fortunately, many divorce cases that begin on fault grounds end up being compromised and settled on grounds of Irreconcilable Differences. 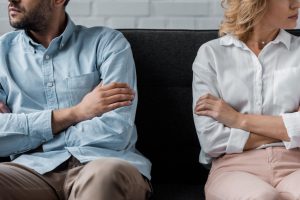 Mississippi law allows a divorce on grounds of irreconcilable difference which is sometimes called “no fault.”  To get a divorce that way, each party must consent to the divorce and must either (1) make a written agreement concerning all matters related to child custody, visitation, and support, and how to divide their assets and liabilities, or (2) consent to allow the court to decide the issues upon which the parties cannot agree. The keys to an irreconcilable differences divorce are consent and agreement.  It works well when parties have few assets and no children or when the parties act reasonably and are willing to compromise.  Unfortunately, many couples who are contemplating divorce are already past the point of reasonableness and compromise. If one party insists on terms that are not agreeable to the other, the other party may withhold his or her consent and the divorce cannot be granted on irreconcilable differences. In that event, one party must sue the other and claim a “fault ground.”

What are the various “fault grounds” for divorce? You have the option to sue your spouse for a divorce on a “fault ground” which you will be required to prove in court.  Mississippi recognizes 12 fault grounds: (1) natural impotency; (2) adultery; (3) being sentenced to any penitentiary, and not pardoned before being sent there; (4) willful, continued and obstinate desertion for one year; (5) habitual drunkenness; (6) habitual and excessive use of opium, morphine or other like drug; (7) habitual cruel and inhuman treatment; (8) insanity or idiocy at the time of marriage, if the party complaining did not know of such infirmity; (9) marriage to some other person at the time of the pretended marriage between the parties; (10) pregnancy of the wife by another person at the time of the marriage, if the husband did not know of such pregnancy; (11) being related to each other within the degrees of kindred between whom marriage is prohibited by law; and (12) incurable insanity.

Even if a divorce begins on the no fault ground of irreconcilable differences, it may not end that way, and therefore it is extremely important to consult with a divorce attorney on a divorce whether it’s based on no fault or fault grounds. Williford, McAllister, Jacobus & White, LLP has been helping Mississippians as divorce lawyers for more than 30 years.